Madagascar separated from the rest of Africa approximately 155 million years ago, giving it plenty of time for the large island to develop in near isolation—resulting in astounding biodiversity and the unique culture of the Malagasy people. An astonishing 90% of plants and 80% of animals are endemic; this makes many of the wildlife viewing opportunities on the island an especially one-of-a-kind experience to fill your trip to Madagascar. Many of the activities to do in Madagascar center around this beautiful flora and fauna.

Briefly, Madagascar is a former French colony that deals with ongoing economic problems, making ecotourism all the more important. Per the Global Ecotourism Network, Ecotourism is defined as “responsible travel to natural areas that conserves the environment, sustains the well-being of the local people, and creates knowledge and understanding through interpretation and education of all involved: visitors, staff and the visited”. This framework is especially important in a largely impoverished country, so be sure to keep it in mind during your trip to Madagascar.

Responsible ecotourism has the potential to generate a lot of revenue and employment in this country. With a population of around 26 million yet less than 300,000 visitors a year, there is a lot of room to boost Madagascar’s economy through tourism but is still a work in progress by the government.

A Brief Background of Tourism in Madagascar

Madagascar is known to be a particularly welcoming country despite dealing with economic challenges, making ecotourism especially important to practice during your trip to Madagascar.

Generally put, Madagascar’s tourism industry is underdeveloped from its full potential, especially when considering the intensely unique offering of biodiversity. Expanding the tourism industry is a relatively new commitment to further encourage Madagascar travel by the government. With an average length of stay of 21 days, travelers tend to stay for a while when visiting; however, political instability has had detrimental effects on the industry, most notably in 2010 after a coup d’état. Since 2010, there’s been a promising, mostly steady increase of visitors of around 10% most years (with the exception of effects from the COVID-19 pandemic) which certainly has a positive impact on the overall economy.

Tourism in the past has been driven by the endemic species to the island. Lemurs can only be found in Madagascar, making it historically one of the main draws for travelers to visit. Other wildlife you can look forward to seeing on your Madagascar vacation are panther chameleons and the Madagascar owl. On the flora side, you can look forward to seeing baobab trees, sometimes called “upside down trees” due to their unique shapes, and beautiful flowering plants called Ravenala, commonly known as traveller’s palms. A trip to Madagascar can include viewing the natural scenery, relaxing on a beach, or going scuba diving and will satisfy adventure-lovers and beach-goers alike.

Despite an inconsistent approach to regulating tourism from the government, there are a number of organizations operating programs to develop the industry. Oftentimes these are related to conservation efforts as wildlife is a principal attraction of Madagascar. Take the Lemur Conservation Foundation, for example, which promotes ecotourism in northwestern Madagascar by creating ecotourism infrastructure such as campsites, and partnering with many parks and communities nearby protected lemur areas. The global NGO Conservation International works towards alleviating poverty, protecting biodiversity, and actions to slow climate change with the goal of also protecting the well-being of the Malgaly people.

Additionally, Association Mitsinjo is a locally-run organization that was formed in 1999 by residents in east-central Madagascar from the village of Andasibe, whose goal it was to accommodate increasing numbers of visitors in the region. Operating primarily in Mitsinjo Park, they provide tours, campsites, and eco-tourism related resources for travellers.

There is speculation that practicing ecotourism is one of the most promising ways to generate a consistent income and promote a higher standard of life and provide employment for the Malagasy people.

There is an ongoing effort to make travel to and around the island, which is larger than the area of France, more accessible—infrastructure is still being built up by a variety of organizations, including global NGOs. There are no standard measurements of ecotourism for eco-hotels and eco-lodges, but there are certainly sustainable options to be found. Travelers need to do some research beforehand if they are interested in Madagascar travel with an eco-friendly mindset as to not negatively affect the island’s culture and environment.

Destinations for Your Madagascar Vacation

At the Anja Community Reserve, you can expect to see wildlife while hiking with a tour guide. This reserve is maintained by Association Anja Miray, a local group established to project forest degradation. Your entrance and guide fees will help to fund almost 100 Magaly guides’ pay and will be reinvested into many community projects including two schools, seeds for farmers, and donations for the elderly. This is a great way to help contribute to the country’s economy during your trip to Madagascar.

The Anja Community Reserve reserve is a haven for birds, reptiles, and the famous ring-tailed lemurs. In fact, if you want to see lemurs during your Madagascar travel, this is the place to go as it has one of the most concentrated areas of them. It also served as a hideout for local people during times of conflict in the past, and travelers can learn more about the cultural history by visiting sacred areas and tombs within the reserve.

Terra Incognita Ecotours has a country-wide tour in Madagascar who pledges to align with ecotourism principles: they donate to the Lemur Conservation Foundation, they employ local people, use local goods, and incorporate locally-owned lodging into the itinerary. It’s an eco-tour which starts in the capital of Antananarivo and continues on to visit regions filled with lemurs, chameleons, iguanas, and many bird species, to make the most of your trip to Madagascar.

One more recently-established eco-tour of note is in the fishing village of Kivalo, located in the Menabe region. This is a unique regional effort by local eco-guides to bring tourists on tours to native mangroves, lemur, and bird sight-seeing on boats. They’ve built up infrastructures such as reception buildings, camping areas, and sanitation facilities, and catering to support increased tourism levels.

If you’re a traveler looking for an incredibly biologically and culturally diverse experience, a trip to Madagascar might be a perfect destination. We hope this article is a valuable starting point for planning your Madagascar vacation! 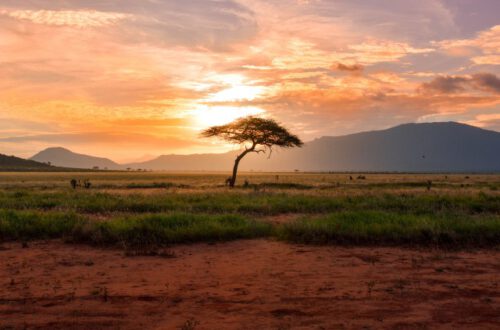 Ecotours for Your Next Vacation in Africa 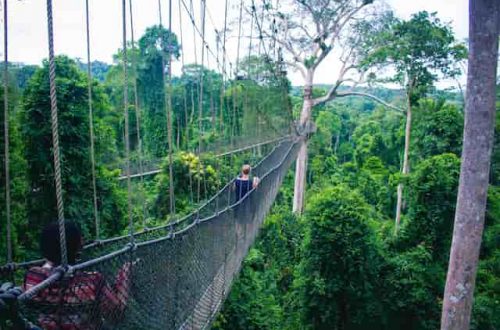 The Need for Ecotourism in Africa 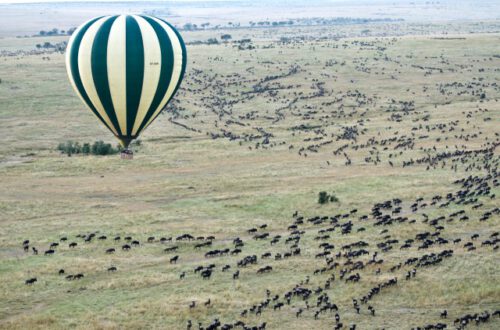 A Sustainable Vacation in Kenya