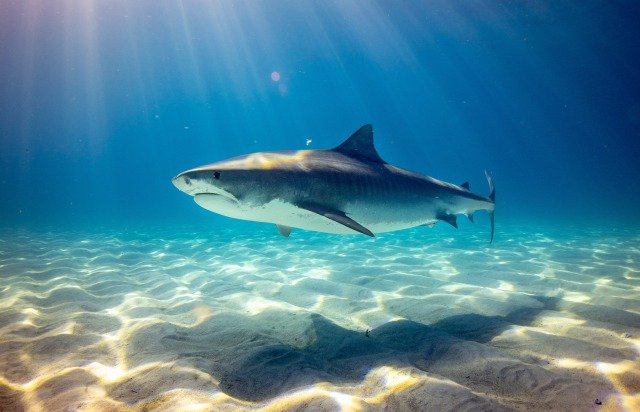 Shark tours in itself may not seem like a sustainable activity. But, did you know that you can actually contribute to the conservation of the sharks with shark diving?  When done correctly, shark diving is a hands-off activity which does not show any direct adverse effects to the marine wildlife.

Shark sanctuaries and marine wildlife preserve areas are beginning to appear around the globe, with the common goal of protecting the marine wildlife.

Similar to coral habitats, shark sanctuaries do sometimes offer the possibility for diving with the sharks in a way which does not interact with the marine wildlife, but rather views them from a distance. These shark tours are becoming more commonplace in the field of ecotours and marine conservation efforts.

Why do sharks need protecting?

Thanks to Hollywood, sharks have the reputation of being the ‘bad guys of the sea’. The prevalence of shark attack stories in the news media, also works only to hinder the sharks reputation. In reality, 27 shark related injuries have occured in the world within the year. Those incidents have received global media attention and so can be easily perceived as a much broader danger, if one is not aware of the actual numbers. This reputation of being a nuisance, enables for fisherman and others to neglect care for the sharks, even though they are in their native habitat in the sea. Add to this a highly profitable black market value on sharks, shark fins and other items, which results in a high occurrence of shark fishing – even shark poaching activities.

One of the largest threats to sharks, is poaching and shark finning. Shark Fin soup is a popular delicacy. Unfortunately, this popularity has resulted in millions of sharks being captured, their fins removed, and the shark released and left to die in the ocean waters. The sharks must be protected from these kinds of poaching and hunting activities in order to ensure that a balanced sea life ecosystem is maintained.

The sea consists of a very delicately balanced ecosystem. When the ecosystem leans too far one way or the other, it is indicative of a much larger issue. Sharks are a necessary part of the food chain, playing the part of predator in most cases.

What are some of the sustainable initiatives for shark preservation?

The United Nations Environment Programme has launched an initiative called Green Fins. This initiative is aimed at protecting marine wildlife, including corals, in popular dive destinations.  Many dive ecotour companies and national tourism associations have joined the Green Fins initiative, thus creating a wide network of global coverage regarding sustainable ecotourism and preservation dive and scuba activities available. Those companies partnered with the Green Fins initiative are listed on their website, so it is advisable for travellers wishing to take a eco-friendly shark tour, to check the Green Fins website linked above, for reputable ecotour diving companies.

In Palau, known for its amazing marine biodiversity, the President began the plans and work to create a shark sanctuary in 2009.  The Palau National Marine Sanctuary covers a reported area of 600 000 square kilometres, making this shark sanctuary the biggest of its kind in the world! In order to maintain a pristine preserve area for all of the local marine wildlife, the area was declared a no fishing zone in 2014. This has not only helped to protect an estimated 135 shark species, but also to protect the coral reefs and all other native marine wildlife species in the area.

In the Philippines, researchers from the University of Victoria in Canada and Large Marine Vertebrates Research Institute Philippines (LAMAVE) conducted a study in 3 locations: Oslob, Donsol and Pintuyan, where they interviewed tourists who had participated in sustainable shark tours to see how the activity had changed their attitudes towards marine conservation. The study showed that the ecotour activity had changed perception of the shark species, as well as helped to improve local economies and even quality of life.

How is shark tourism sustainable?

When selecting a place for diving, and utilising the certified services of ecotours, one can turn an activity such as a shark tour into a sustainable activity by recognising and contributing to the following attributes:

What can you do?

Joining an ecotour of shark diving is a fun and educational way for travellers to contribute to marine conservation efforts. Dive destinations around the globe have joined the Green Fins initiative. For those interested, a few of the many partnered marine ecotour members of the Green Fin initiative are:

There are many ways which one can contribute to shark conservation. One option, is to make purchasing decisions with this regard, such as abstaining from purchasing items such as shark fin soup, or other purchasable goods relating to the poaching of shark species. Taking part in sustainable and conservation activities is a great way to have fun, learn a lot, gain a memorable experience and do some good!  Is taking a sustainable shark tour something that may interest you during your travels?

Are you interested in learning more about sustainable initiatives and green travel options?
If you would like to receive inspiration direct to your email inbox, please click here and register for our newsletter! 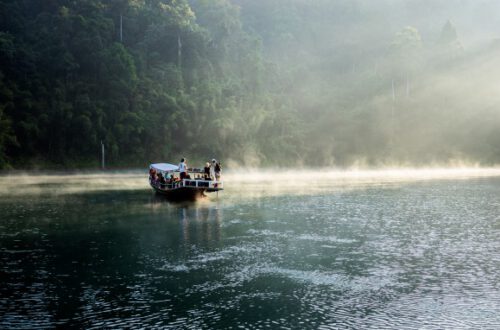 Best Places for a National Park Tour Around the World 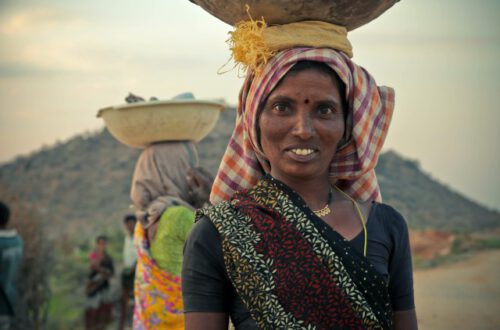 Reasons Why Eco tours are Recommended for Travel to India 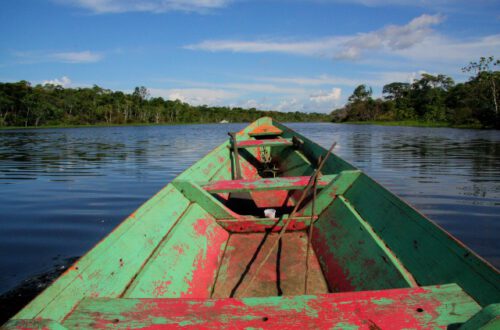