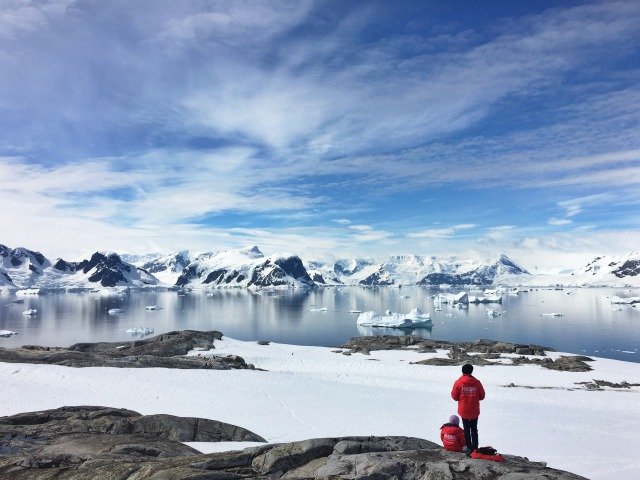 As one of the most protected places on earth, the continent of Antarctica is home to the South Pole and about 90% of the world’s ice, and contrary to popular belief, there is very little snow. It is the only continent that does not have a native population and its population consists primarily of scientific research staff. During the harsh winter months, the population of research staff drops to just around 1,000 as temperatures can reach a freezing -20 degrees Celsius.

Since the early 90s, tourism to Antarctica has been steadily rising, and the reasoning behind this is thought to be because of the phenomenon of “last-chance tourism”, which means people are eager to see sights that may not be available in a few years as they are under threat due to nature or over-tourism. Because of rapidly rising water levels from the melting glaciers in Antarctica, discovering Antarctica is important to travellers as they want to experience it before the water rises too high and it disappears.

Traveling to Antarctica is not the easiest task as it is very remote. It is also difficult to reach as there are many strict rules in place to protect its landscapes. Sustainable tourism, which per the UNWTO, is tourism that takes full account of its current and future economic, social and environmental impacts while addressing the needs of visitors, the industry, the environment and host communities is extremely important within the continent, and all human activity must take place under the Environmental Protocol of the Antarctic Treaty.

Established in 1991, the Environmental Protocol provides comprehensive protection of the Antarctic environment and ecosystems. Key points of the protocol include environmental assessment for all activities, including tourism, and that activity relating to mineral resources, other than scientific research, is prohibited.

Because of the strict rules in regards to the Environmental Protocol, only certain Antarctica tours are permitted to operate in Antarctica. While large vessel Antarctica cruises are the most common way for tourists to experience the continent, they are not a sustainable form of travel and produce a large amount of air and water pollution that is emitted from their engines and sewage systems.

Passengers on a large vessel Antarctic cruise are not allowed to even leave the cruise ship while on the continent and must enjoy its scenery solely from their balconies and the ship deck.

By choosing to go on a small vessel tour with a permitted Antarctica expedition company, such as Quark Expeditions, travellers can rest assured that their trip will not be harmful to the environment and follows the rules within the Antarctic Treaty for sustainable tourism. Trip lengths typically range from anywhere between 10 and 23 days, and depart from South American cities like Ushuaia (Argentina), Buenos Aires (Argentina), and Santiago (Chile).

Travellers on a permitted expedition tour are also allowed to get up close and personal with the environment of the Antarctic. While smaller vessel cruises are more costly than larger vessel cruises, they are well worth the price as they are conscious of their environmental impact and provide guests with unique excursions such as kayaking and camping. Other popular small vessel tour companies include, National Geographic Expeditions, G Adventures, and Hurtigruten Expedition Cruises.

Discovering Antarctica is no small feat, but when done consciously, can be extremely rewarding and safe for the environment!