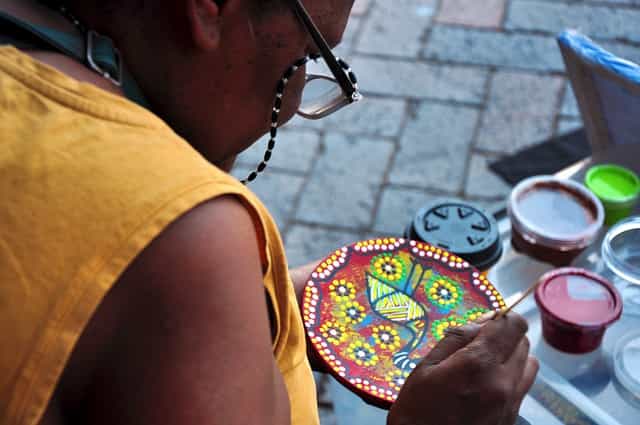 Any traveler looking for an adventure should consider visiting Australia. The sixth-largest country in the world, Australia is home to some of the most diverse plant and animal life, with stunning coastlines meeting red desert and some of the thickest untouched rainforest on Earth.  In Australia, indigenous people are one of the world’s oldest remaining cultures, and their unique customs and connection to the land are unlike any other.

For anyone looking to immerse themselves in indigenous Aboriginal culture, ecotourism is a thriving business in Australia and only looks to get more significant in the years to come.

But what exactly is ecotourism? According to the Global Ecotourism Network:

“Ecotourism is responsible travel to natural areas that conserves the environment, sustains the well-being of the local people, and creates knowledge and understanding through interpretation and education of all involved: visitors, staff and the visited.”

While Australia is considered an advanced ecotourism nation in terms of its sustainable environmental practices and governmental support, there is still work to be done. As the oldest known civilization on Earth, the preservation of Australian Aboriginal culture has become increasingly important. In Australia, ecotourism is just one way to convey the unique and special customs of the original custodians of the land.

Australian Indigenous People And Their Connection To The Land

Australian indigenous people came to the country over 40,000 years ago, and have acted as traditional custodians of the land ever since. With over 500 tribes around the country, the Australian native people took care of the land through sustainable fishing, hunting, and agricultural practices, even understanding the need for dry-season burn-offs to prevent rampant bushfires and stimulate new seasonal plant growth.

Far from the ‘barbaric’ image portrayed by the European explorers landing upon Australia’s shores, Aboriginal culture is rich and varied, with stories and legends varying from tribe to tribe. Instead of a written record of the past, Aboriginal customs and history were passed down through stories, steeping all the way from the time before man known as the Dreamtime. In addition, Aboriginal culture is very holistic and focuses on connecting self, spirit, and family to the land.

Untouched by outside cultures, the arrival of the First Fleet in 1788 saw a decimation of the Aboriginal communities, and many customs were lost to genocide and forced assimilation in the years following. Today, Australia’s indigenous people represent around 3.3% of the total population, with over 798,000 Aboriginal and Torres Strait Islanders living across the country in urban and remote locations.

Struggles of Ecotourism in Australia

The Australian government has taken great strides in recent years towards creating sustainable ecotourism practices for Aboriginal communities. Released by the Department for Heritage and Tourism in 2004, the Steps to Sustainable Tourism outlined a clear path for ‘promoting and planning a sustainable future for tourism, heritage, and the environment.’ However, issues surrounding Australian ecotourism remain, and the balance between the tourism industry and protecting Aboriginal cultures and customs is still being reached.

One of the greatest struggles in recent years has been the tourism of Uluru. Formerly known as Ayers Rock, this sacred monolith was restored to its Yankunytjatjara name in 1985 as the site was returned to its traditional owners. However, pressure mounting from the Australian indigenous people led to tours climbing the rock being outlawed in 2019 after a history of disrespect from those ignorant of Aboriginal customs and beliefs.

In its simplest form, over-tourism is where a tourism destination exceeds its carrying capacity, in either physical or psychological terms. This leads to a decline in the experience for tourists and potentially severe consequences for locals and the environment.

Until very recently, Tourism Australia’s policy has been one of growth: the ‘Tourism 2020’ strategy clearly outlined a plan to achieve more than AU$115 billion in tourism spending, a massive increase from the 2009 figure of AU$70 billion.

In July 2021, Tourism Australia announced the Indigenous Tourism fund.  Providing up to AU$12 million in small business grants to over 60 Aboriginal-owned businesses, the fund aims to increase the number of Indigenous tourism products across Australia.

In Australia, indigenous people often live in remote communities, meaning that they exist far from large cities and towns. These communities are protected by Australian law and often run more traditional lives dictated by Aboriginal culture and customs. Unfortunately, due to their secluded nature, remote Aboriginal communities can often fall victim to sickness brought about by careless tourists, and travelers who are ignorant of tradition or culture may end up causing massive disrespect to traditional practices.

Ecotourism in Australia has seen a rise in popularity, which has driven an outburst of tourism companies aiming to draw in travelers looking for a unique and sustainable experience. Luckily, Australia’s ecotourism has a transparent certification system, making it easy to recognize legitimate companies. For example, the Respecting Our Culture (ROC) Certification ‘encourages the tourism industry to operate in ways that respect and reinforce Indigenous cultural heritage and the living cultures of Indigenous communities.’

Here are some examples of Aboriginal-owned ecotourism experiences for travelers wishing to learn more about the incredible culture of the Australian native people.

Stretching across the country’s northwest, Kakadu National Park is one of Australia’s most wild and beautiful nature reserves. Ayal Aboriginal Tours Kakadu is an Aboriginal-owned and operated ecotourism company that invites travelers to experience this sacred park’s natural and cultural wonders. The tour takes guests across the Magela floodplains to visit Ubirr, one of Australia’s oldest-known rock art sites. Run by Victor Cooper, a local Minitja man, your knowledgable guide will tell stories of the Dreamtime and the Australian native people’s connection to nature and the spirit of the land.

Ayal Aboriginal Tours Kakadu are Green Leaders in Ecotourism Australia’s certification program and have been ROC certified since 2018.

For those visiting Australia’s southeast, Aboriginal Cultural Tours allows travelers to view the landscape through the eyes of the Australian native people. Visit ancient archaeological and sacred sites of the Narungga and Ngadjuri tribes, connect with nature and walk the paths of the ancestors of Australia’s traditional custodians. You can choose from outbush tours, coastal tours, or a combination of both to learn more about the Aboriginal culture of the local area. Aboriginal Cultural Tours is run by Narungga man Quenten Agius and is both ROC-certified and an Ecotourism Australia Green Leader.

Created as a partnership between Bremer Island locals and the Yolnu tribe of North-east Arnhem Land, Bremer Island Banubanu Beach Retreat is an excellent balance of relaxation and immersion in the Aboriginal culture of the resident tribes. The eco-retreat offers glamping-style accommodation overlooking the Arafura Sea. Guests can participate in Aboriginal customs such as a Welcome to Country tour, a sustainable fishing charter, or a traditional Yolnu Healing Ceremony to leave travelers feeling connected to the land. Banubanu Beach Retreat is Ecotourism Australia-certified and a proud Discover Aboriginal Experiences Australia member.

A complete list of ROC-certified ecotourism companies owned and operated by Australian indigenous people can be found on Tourism Australia’s website.

When visiting Australia, one of the most life-changing experiences you can undertake is to learn more about the Aboriginal cultures and traditions linked to this great land. By understanding the role of Aboriginal culture in modern society, you can foster greater respect for and connection with the unwritten history of Australia. However, the importance of sustainable Australian ecotourism has never been more critical, so ensure that your tours are not only run by ROC-certified companies but also benefit the communities and environment. 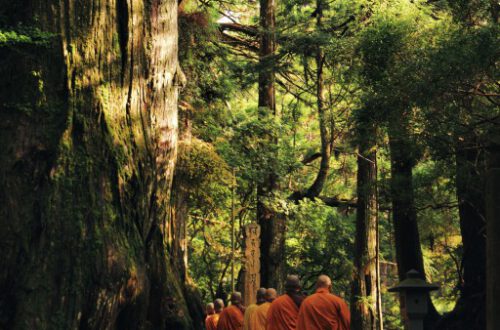 Pilgrimage Travel Trails
Around the World 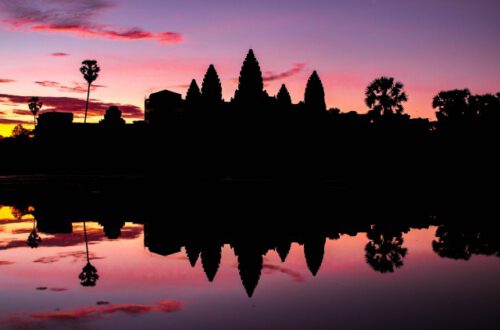 Sustainable Religious Sites in the World 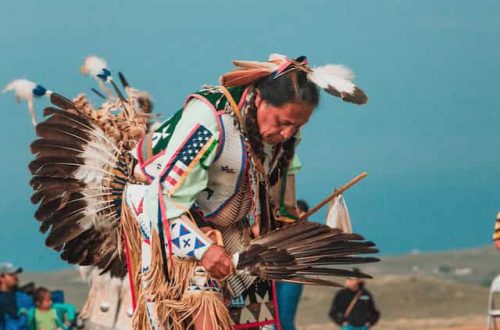