Have you been suffering from wanderlust recently? Are you dreaming about a trip that will take away your stress?

If you are interested in ecotourism, but don’t yet have a working knowledge about it, there are some destinations in which ecotourism options are a bit clearer than in others. Australia is one such destination and that is why Australia is a recommended destination for beginners in their ecotourism journey’s.

When one thinks of Australia, one’s mind is often inundated with images of sunsets on the beach, opposing weather patterns, kangaroos and koalas. Australia is a developed nation with many fascinating areas ranging from deserts to rainforests, and it is famous for its unique flora and fauna. As Australia has so much biodiversity to offer, it is no surprise that the country is world famous for promoting ecotourism.

Australia has long been a popular tourism destination. With the plethora of tourism experiences in the country, and the amount of biodiversity,  it is no surprise that Australia is such a popular destination. It is said that in excess of 1 million people are involved in tourism in Australia, making the tourism industry of high value to the country.

Australia has various climatic zones, ranging from deserts, to beaches, to rainforests. With so many climates, there are many indigenous species. Australia has many unique plant and animal species and it is a rare treat to witness these!

Some of the reasons that Australia is considered an advanced ecotourism country are due not only to the unique areas, animals and plant species but also due to the amount government support given to ensure the continuing preservation and sustainability of these.  One such example of how the government of Australia strictly manages things, is their customs and border controls. For example, travellers are requested to not bring any fresh fruits, homemade food items, or food / drink from the planes or ships into the country. Australia follows strict biosecurity guidelines in order to prevent the introduction of harmful pests or diseases which could cause harm to people, wildlife or natural habitats.

As the government of Australia does actively promote ecotourism efforts and activities in the country, there exists a clear certification system, which makes it easy to recognise reliable or reputable ecotourism companies. This is a valuable time-saving resource for anyone interested in ecotourism.

The Aborigines are the native populace of Australia. This unique culture has not been without its challenges. One such challenge, being the debate about Ayers rock.  Ecotourism activities in Aboriginal communities creates employment opportunities within the local community, as well as generating possible entrepreneurial activities for those involved. Examples of such activities would be those such as utilising the services of a local ranger or nature guide, purchasing local made handicraft and purchasing food at small local shops or eateries.

Ayers rock, located in the northern territory, is a very large sandstone. The Aboriginal name for Ayers rock, is ‘Uluru’. Uluru is a sacred place for the Aboriginal peoples.

This was also a highly popular tourist attraction, as many people wished to go climb Ayers rock.  This dual existence of sacred place and tourism hot spot, created controversy. The Aboriginal people felt that the high level of tourism for the climbing of Uluru, polluted the sanctity of their sacred place.

The debate regarding whether or not to ban climbing on Ayers rock, continued for more than a decade. It wasn’t until 2017 that the Uluṟu–Kata Tjuṯa National Park board voted to prohibit the climbing of Ayers rock. This was a significant decision for Australia. Today, the landmark is protected and an ecotourism initiative began, at the Ayers rock area. This debate has been a motivating aspect of the ecotourism initiative of Ayers rock. The preservation of, respect of and ability to live in harmony with, indigenous cultures.

How to know if it is really an ecotour

Ecotourism Australia points out the following points about travel companies, local tour companies, and ecolodges that are focusing on ecotourism:

● To care for the natural environment

● Producing deeper experiences, such as explaining sights in the tour

● Support or collaborate with local communities

● Work to reduce the carbon footprint  and environmental impact

● Protect endemic and endangered species of animals and plants

You may have seen in the news, about the bushfires in Australia in the beginning of 2020. If you are currently backpacking or otherwise working / volunteering in Australia, it has been posted that there now exists the possibility to extend your visitors visa, if you wish to help with rebuilding efforts. As of 17 February 2020, it is now possible to extend your working holiday visa for up to 12 months, if participating in either paid or voluntary bushfire recovery work. More details can be found at the Australian Homeaffairs website by clicking here. 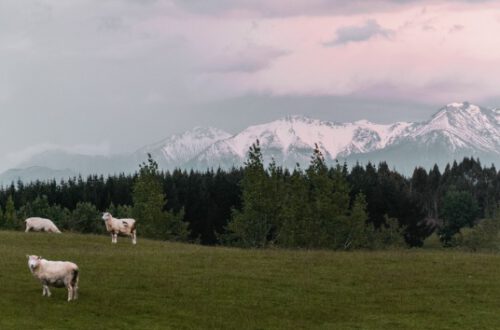 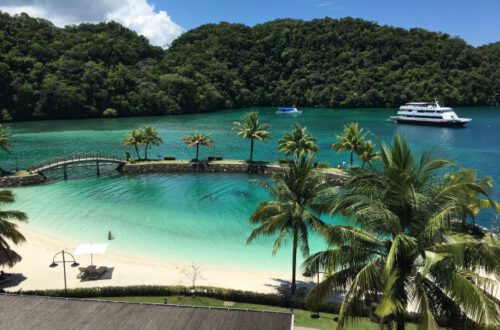 Sustainable Initiatives in one of
the Most Popular Green Destinations – Palau!

This website uses cookies to improve your experience. We'll assume you're ok with it, but you can opt-out if you wish.Accept